You are here: Webwiki > whitestripes.net Add your website for free

Whitestri­pes.net - THE WHITE STRIPES (No review yet) 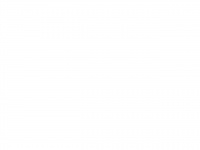 Reviews and ratings of Whitestripes.net

The White Stripes were an American rock duo, formed in 1997 in Detroit, Michigan. The group consisted of Jack White and Meg White. After releasing several singles and three albums within the Detroit music scene, The White Stripes rose to prominence in 2002, as part of the garage rock revival scene. read more

Important pages are Band Info, Pictures and Lyrics. In the following table you'll find the 10 most important pages of Whitestripes.net:

The web server used by Whitestripes.net is located in Houston, USA and is run by Unified Layer. On this web server 38 other websites are hosted. The language of those websites is mostly english.

A Apache server hosts the websites of Whitestripes.net. The website does not specify details about the inclusion of its content in search engines. For this reason the content will be included by search engines.