You are here: Webwiki > van-halen.net Add your website for free 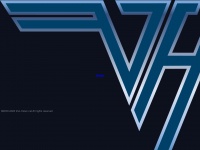 Reviews and ratings of Van-halen.net

Van Halen is an American hard rock band formed in Pasadena, California, in 1972. The band achieved success after the release of its debut album Van Halen. As of 2007, Van Halen has sold 75 million albums worldwide and has had the most 1 hits on the Billboard Mainstream Rock chart. read more

In the following table you'll find the 1 most important pages of Van-halen.net:

The web server with the IP-address 50.209.158.210 used by Van-halen.net is run by Comcast Cable and is located in USA. This web server runs a few other websites, mostly in the english language.

The websites of Van-halen.net are served by a Apache server. The HTML pages were created with the latest standard HTML 5. The website does not specify details about the inclusion of its content in search engines. For this reason the content will be included by search engines.