You are here: Webwiki > tinkerdoodle.net Add your website for free 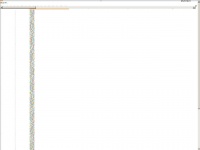 Reviews and ratings of Tinkerdoodle.net

1 review has been written for Tinkerdoodle.net yet.

I put a deposit on a dog in Jan 2016 for a F1b puppy expected in spring or summer. The dog took to the mating and a pregnancy was confirmed, however the first time mother was unable to produce live puppies (end of June) and could not be bred again. There was no backup dog to breed to produce a f1b litter and Tink informed me that she would not be giving me my deposit back, even though she had no planned litters and still won't have any until summer of 2017. After I involved the police, who she showed the website that she had edited several times (changing prices and other wording) to stating that it says "non-refundable" (it does, but it also says that she guarantees healthy puppies and that you can use your deposit within a year - neither of which she was able to comply with) she said she would refund me my $250 deposit, however she did not have the money as she spent it before the puppies were born so I would have to wait until she gets deposits for the next litter. I have been attempting to contact her since late summer to follow up and I have not heard anything back, so I decided to write this review which will stay here until she refunds my deposit. I was told that she is a good breeder from people involved in the lost litter, but was also told that I'd never see the money. I hope that she comes through but if you are going to be doing business with her please get a contract in writing and address what she will do if the mom eats the pups at birth and she is unable to give you any puppy for 18 months after your deposit.

1 of 1 people found this review helpful

The website with the homepage "Tinkerdoodle Kennel" provides content on the pages About, Our New Kennel and Health Testing. The Tinkerdoodle.net blog is located at: http://tinkerdoodle.net/blog/. - Visit the blog page
In the following table you'll find the 10 most important pages of Tinkerdoodle.net:

The web server used by Tinkerdoodle.net is located near the city of Salt Lake City, USA and is run by WestHost. 71 other websites are located on this web server. Most of them are provided in the english language.