You are here: Webwiki > sadist.it Add your website for free 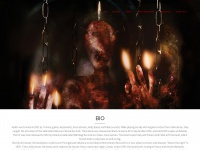 Reviews and ratings of Sadist.it

Sadist is a death metal band from Genoa, Italy, founded in 1991. The band split up in 2000 after releasing their Lego album, but reunited in 2005 and released their self-titled album in 2007. Sadist was formed in 1991 when Tommy and Peso started auditioning for musicians to complete their lineup. read more

The web server used by Sadist.it is located in Italy and run by Aruba S.p.A. - Shared Hosting Windows. 26 other websites are located on this web server. Most of them are provided in the italian language.

The websites of Sadist.it are hosted by a Microsoft-IIS server and were developed in the programming language ASP.NET. The HTML pages were created with the latest standard HTML 5. The website does not specify details about the inclusion of its content in search engines. For this reason the content will be included by search engines.