You are here: Webwiki > neue-lose.de Add your website for free

neue-lose.de – Just another WordPress site (No review yet) 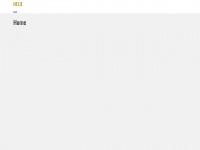 Reviews and ratings of Neue-lose.de

"Just Lose It" is a comedy hip hop song by Eminem. It is the first single from his fifth studio album Encore and was later included on his 2005 compilation album, Curtain Call: The Hits. The song caused controversy as its lyrics and music video parodies Michael Jackson, who was being accused of child molestation at the time. read more

Important pages are Neue-Lose.de, May 28 2018 and May 2018. In the following table you'll find the 8 most important pages of Neue-lose.de:

The web server used by Neue-lose.de is run by Merck and Co. and is located in Woodbridge, USA. The server runs exclusively the website Neue-lose.de.

The websites of Neue-lose.de are served by a Apache web server using the operating system Unix/Linux (Unix). The software used to serve the webpages was created by using the programming language PHP. For managing the data of the webpages the CMS WordPress in the version 4.9.15 is used. The website uses the latest markup standard HTML 5. The website does not specify details about the inclusion of its content in search engines. For this reason the content will be included by search engines.