You are here: Webwiki > dnahustisya.ph Add your website for free 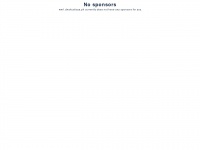 Full chain of custody and litigation support for matters of sustento, inheritance and custody.

Proven Immigration testing accepted by 100+ countries including the USA and Canada.

If the father is deceased or refuses to be tested we can use forensic samples (for example, his toothbrush) or reconstruct his genetic profile using other relatives.

These are truly the finest tests available anywhere in the world at any price.

Reviews and ratings of Dnahustisya.ph

1 review has been written for Dnahustisya.ph yet.

Do not ask them any questions or they will invoice you extra through PayPal. My acquaintance is having all sorts of problems with them. They are rude and try to get as much money out of people that they can. I believe they purposely make there system confusing, especially after you have paid them, in order to charge you when you have an enquirie. If you ask PayPal to investigate the situation, they invoice you again just because they have to respond. Not good, fair or moral behaviour from a company.

4 of 5 people found this review helpful

Comments on this review

Can you please contact me, I am having exactly the same problem. Everything you wrote is identical to my situation.

We rarely have orders from Australia so likely you are referring to Christopher Coles of Port Macquarie New South Wales, Australia. This "review" fits the timing of Mr. Cole's order placed March 14 from Australia for delivery to his witness, Engineer Ralph Bacolod at his government office in Masbate, Philippines. Perhaps you even are Mr. Coles publishing under a fake name. Either way, Eng. Bacolod can easily be contacted at his office to confirm the actual facts of the matter by any concerned readers.

Perhaps "your friend" did not inform you that he did not ask us a question but rather made an inappropriate demand accompanied by a threat requiring us to research and reply after-hours?  A question to which Mr. Cole's already possessed the answer as it was Mr. Coles himself who provided us the tracking history as part of his demand.

In particular, Mr. Coles demanded we prove that it was a local holiday at the delivery address of his friend, Engineer Ralph Bacolod. Mr. Coles claimed the tracking information to be suspicious because it showed that the package had been loaded for delivery but not actually delivered due to it being a holiday.

Mr. Coles had chosen to ship to Eng. Bacolod's office which, being a government office, was closed for Masbate Day. So the tracking information was clear and 100% correct: the package was loaded for delivery but no one was available to receive it at a government office due to it being a holiday. Not at all suspicious and Mr. Coles needed only to contact his friend, Eng. Bacolod, if he was truly concerned.

It was a local holiday here in Roxas City as well however we still took the time to respond to his demand, at 9PM mind you, and charged him a token amount, per our Terms of Sale. Again, Mr. Coles could have easily received an authoritative answer by contacting his consignee and we recommended that to him that he do so. Instead, Mr. Coles chose to make it our problem to solve which we did despite it being nighttime and a holiday here in Roxas City.  We charged him a token amount for our services:  P350 (less than $7 USD).

Mr. Coles filed a claim with PayPal for "not received" immediately AFTER receiving our reply. He never bothered to contact Eng. Bacolod. We know this because Eng. Bacolod called us to ask why he had been sent testing supplies! So clearly Mr. Coles has other "management" issues as well (putting it politely).

The testing supplies were delivered on-time and we had proof of delivery so PayPal, of course, denied his claim. We reminded Mr. Coles before he filed his claim that we rightfully charge for our time to respond to disingenuous claims. That is also stated in our Terms of Sale. Nevertheless Mr. Coles filed an obviously fraudulent claim and has "his friend" posting here with this defamatory "warning."

So no, we do not charge for answering reasonable questions. However we do charge to respond to inappropriate demands and threats and most certainly charge for our time responding to fraudulent claims made to our payment processor.

No, your situation is completely different. Assuming you are Nicola Tola, you are the all-time record holder for sheer volume of emails, calls, and texts in a 24 hour period. Well over 2 dozen. We declined your business several times, advising you to avail of a walk-in clinic. You claimed St. Lukes turned you away. They are the highest priced provider in the Philippines so you might have done some soul-searching when they wouldn't accept your business!

No one is being charged for ordinary support. People can differ in their concept of "ordinary" however your demanding that we assist you with specimen collection before you were even our client is clearly unreasonable. It leads to misunderstandings which cause errors that delay tests. We politely advised you to avail of a walk-in provider several times.

Bombarding us with calls, texts and emails demanding such services was totally over-the-top. Waiting until the last minute to make an online purchase obviously ill-advised. You simply would not take no for an answer, even calling us at 10:30PM from an all-night pharmacy and again at 8:00AM the next morning. This was after we had exchanged emails and texts and phone calls during business hours where we explained our procedures over-and-over and finally had to request that you take your business elsewhere.

You apologized, blamed your behavior on being stressed, and begged us to reconsider. We agreed UNDER THE CONDITION THAT YOU PAY FOR SOME of our time fielding your many phone calls, texts and emails.

Your order arrived hours later whereupon you immediately called and demanded we drop everything and tend to your case because you only had a few hours left to complete your specimen collection.

That was a surprise to us and totally inconsistent with our business model, as stated in our Terms of Service, Help/FAQ and product descriptions. Ours in an eCommerce business and we typically refer clients who require same-day service to a walk-in provider.

Specimen collection was easy as promised and we thought we had heard the last from you for a while until we received an email around 6:20PM asking if you could receive a refund if you could not dispatch your specimens by 7PM. The obvious answer was no because you could mail them the next day!

We charged you a token P870 (around $15 USD) for our time responding to dozens of phone calls, emails and texts. You chose to argue about it, adding another P350 (less than $7 USD) to the bill. Which you paid.

You received your test results quickly and your case was closed. Unfortunately, you suddenly developed amnesia regarding your agreement to pay and so …

Phase 2: You filed a case with PayPal which they decided in our favor because the modest additional charges had been well-described in the body of the invoice that you paid. True to form, you continuously messaged us through PayPal's resolution center. Multi-page rambling messages to which we were obligated to thoughtfully respond.

We reminded you several times during your tirades that we rightfully charge for our time responding but you just couldn't seem to control yourself. We finally had to ask PayPal for permission to stop the conversation so that we would not run-up your charges any further. Under threat of collection, you finally settled your bill.

We went well-above-and-beyond and charged you a modest P870 (around $15 USD) for our time. You were ungrateful and caused yourself considerable extra expense.

Fortunately, these gentlemen are atypical of our clients. In fact, hundreds of satisfied clients have even taken the time to send us emails of appreciation. The scrolling list of testimonials on our website is practically never-ending.

We invite readers to see for themselves.

The website with the homepage "Dna Hustisya Project" provides content on the pages Helpfaqtos, Paternity Dna Tests and Secret Dna Tests. The blog of Dnahustisya.ph can be found at: http://dnahustisya.ph/blog/. - Visit the blog page
In the following table you'll find the 10 most important pages of Dnahustisya.ph:

Information about Dnahustisya.ph on Wikipedia the free encyclopedia: Deoxyribonucleic acid is a nucleic acid containing the genetic instructions used in the development and functioning of all known living organisms. read more

The web server used by Dnahustisya.ph is run by CloudFlare and is located in San Francisco, USA. This web server runs 3 other websites, their language is mostly english.