You are here: Webwiki > allamericansuperheroesclub.biz Add your website for free

Al­lamericansuper­he­roesclub.biz - Warner Bros. (No review yet) 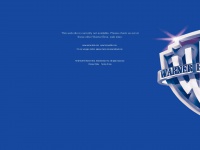 Reviews and ratings of Allamericansuperheroesclub.biz

Warner Bros. Entertainment, Inc., also known as Warner Bros. Pictures or simply Warner Bros., is an American producer of film, television, and music entertainment. One of the major film studios, it is a subsidiary of Time Warner, with its headquarters in Burbank, California and New York, New York. read more

The web server used by Allamericansuperheroesclub.biz is located near the city of Ashburn, USA and is run by Amazon.com. This web server runs a few other websites, mostly in the english language.

The websites of Allamericansuperheroesclub.biz are hosted by a Apache server and were developed in the programming language PHP. The HTML pages were created with the latest standard HTML 5. The website does not specify details about the inclusion of its content in search engines. For this reason the content will be included by search engines.