You are here: Webwiki > aberdeenfoundries.co.uk Add your website for free 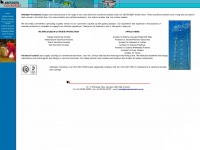 Reviews and ratings of Aberdeenfoundries.co.uk

Important pages are Marine Anodes, Offshore Anodes and Diode Controlled Anodes. In the following table you'll find the 8 most important pages of Aberdeenfoundries.co.uk:

On this web server 13 other websites are hosted. The language of those websites is mostly english.

The Aberdeenfoundries.co.uk websites were developed using the programming language ASP.NET and served by a Microsoft-IIS server. XHTML 1.0 Transitional is used as markup language on the webpages. The website does not specify details about the inclusion of its content in search engines. For this reason the content will be included by search engines.